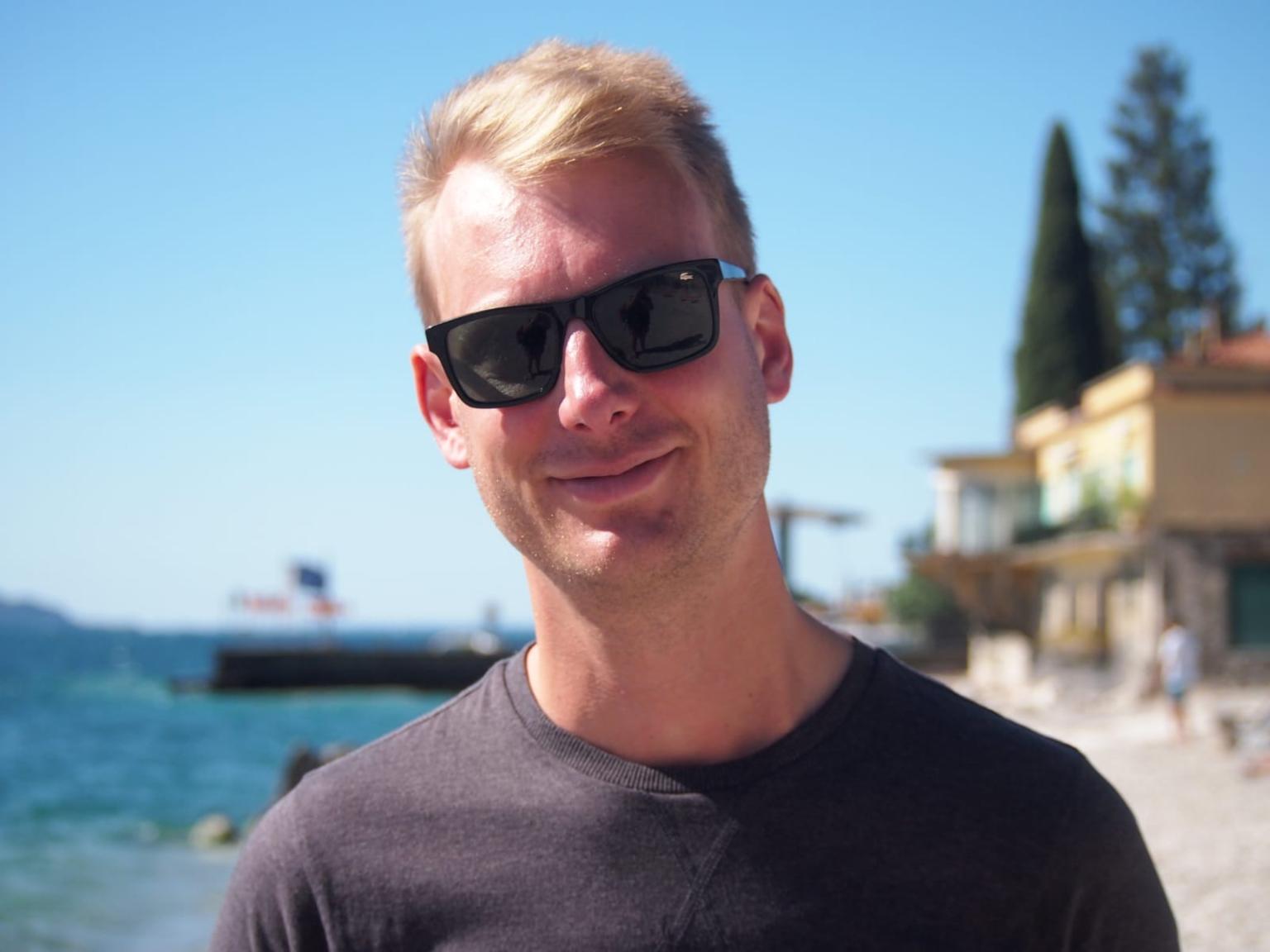 Instrument Engineer Alastair Harman manages Lankelma’s calibration laboratory, involving servicing and testing all of CPT test equipment and instruments. Since joining Lankelma over 10 years ago, Alastair has significantly improved the capacity and quality of the equipment used on site. END_OF_DOCUMENT_TOKEN_TO_BE_REPLACED

Lankelma faced extreme weather and a busy shipping calendar during critical nearshore investigations for the design of the foundations for a new moveable tidal barrier in Lowestoft in March 2021, as part of the Lowestoft Flood Risk Management Project. END_OF_DOCUMENT_TOKEN_TO_BE_REPLACED 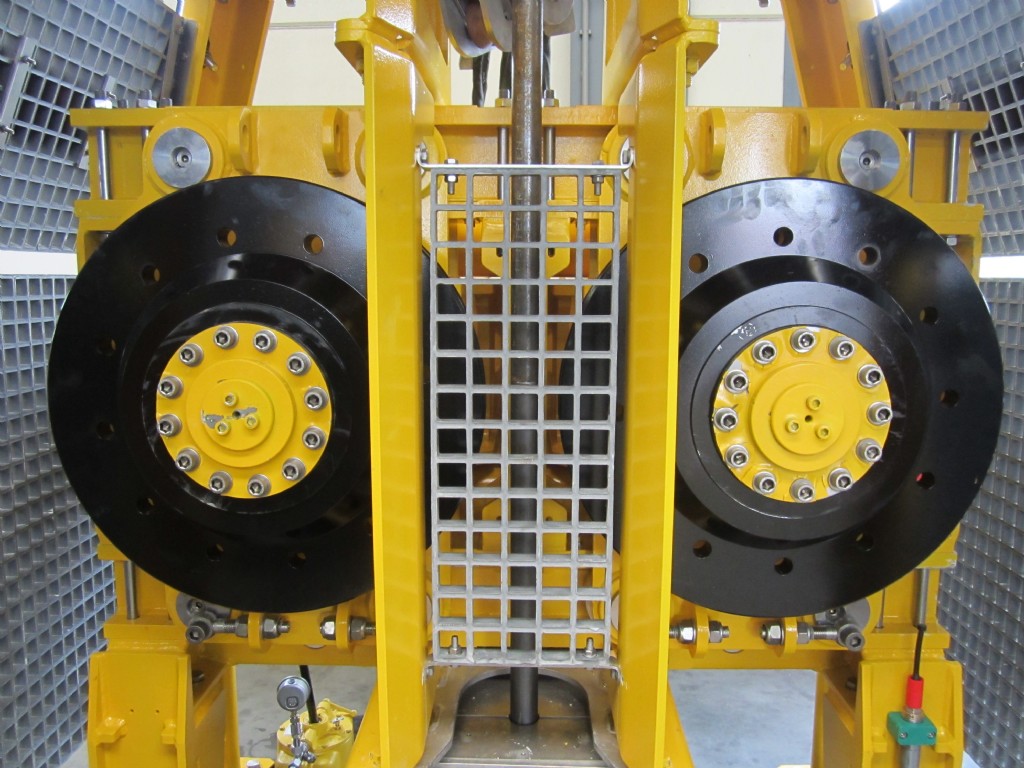 Lankelma’s ever growing nearshore business continues to grow with the addition of a ROSON 50kN Seabed CPT unit. Bought from A. P. Van Den Berg, it adds value to their nearshore CPT capabilities as the industry develops.

Eric Zon had the following to say ‘Lankelma has been involved in the marine geotechnics for the landfall of many power cables such as Celtic, Greenlink, IFA, Gridlink and others. With our new ROSON 50 we will also be able to offer the CPT’s along the cable route‘

The ROSON 50 features 500m depth rating with a further 50m of CPT and a compact wheel drive system with a push force of 50kN. 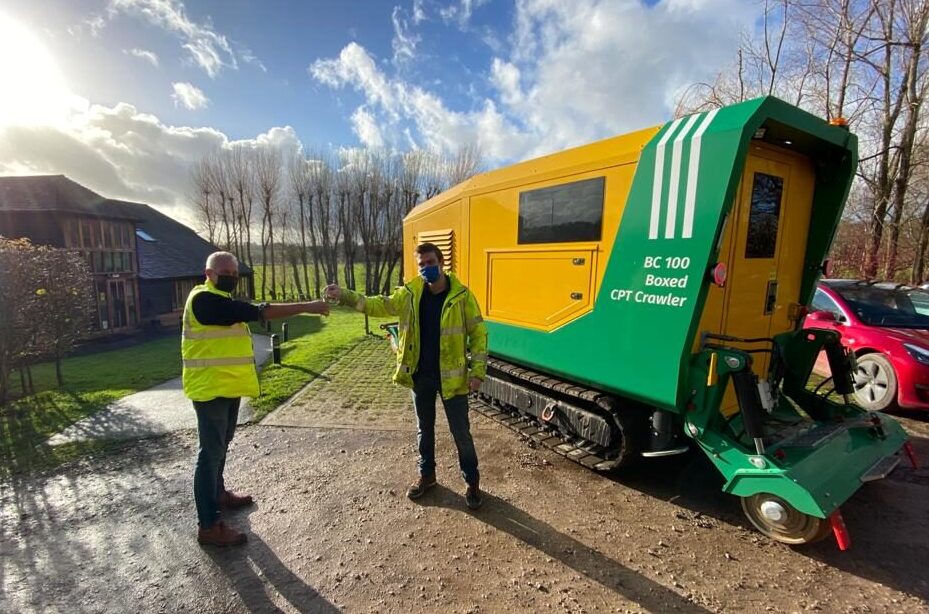 Lankelma have continued to invest in cutting edge technology & in December 2020 they took delivery of a new rail-crawler, UK24, to expand their on-rail capabilities.

Eric Zon said ‘we have three rail units with us building the first self propelled CPT rail truck in the world in 2006. Our new unit is also self propelled and will help to speed up any investigations on existing rail.’ 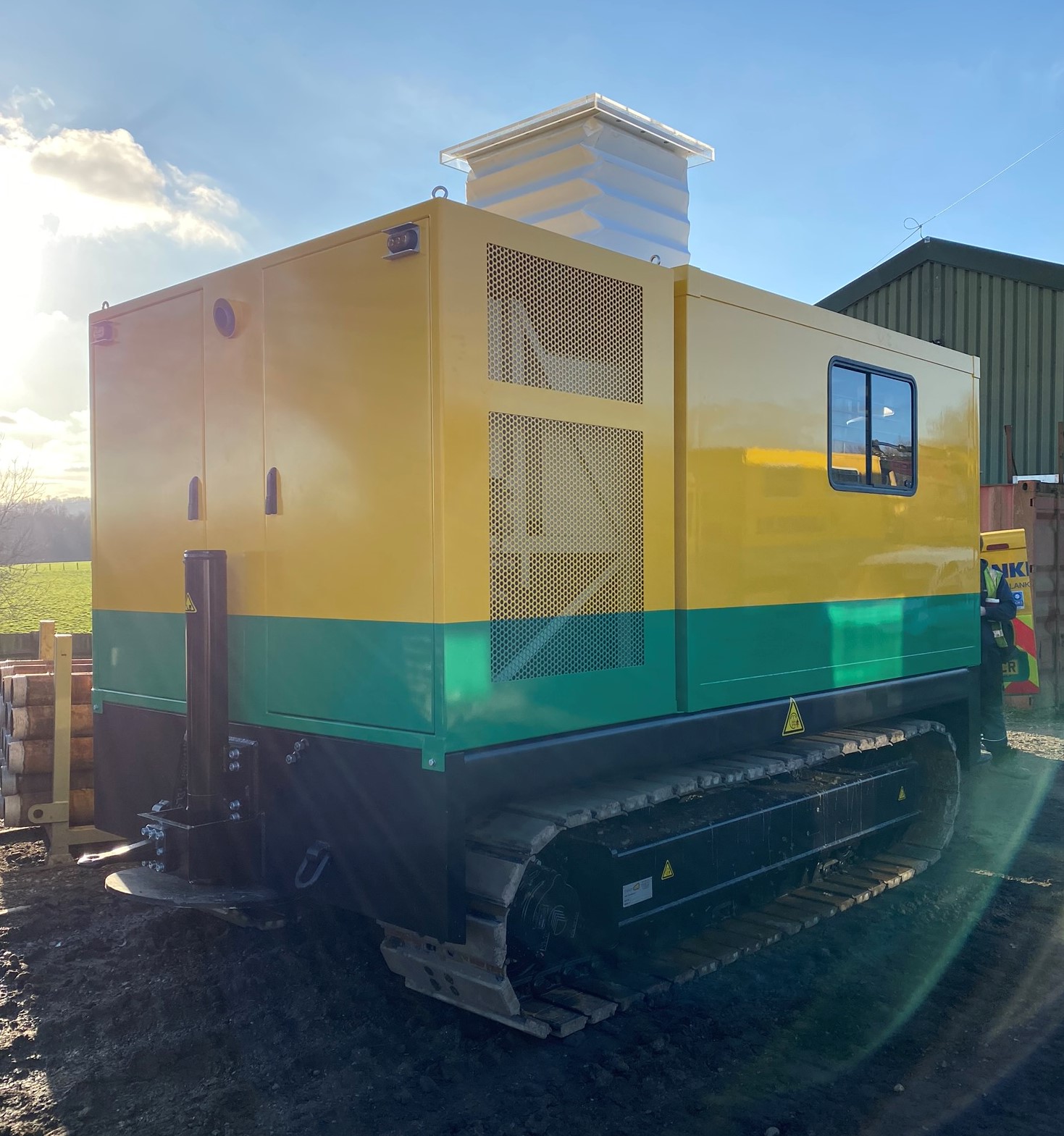 We recently took delivery of our new CPT rig, UK23, which is a world’s first – a hybrid plug-in ballasted CPT crawler.

It was part-funded by the EU’s LEADER programme and the Wealden and Rother Rural (WARR) Partnership. 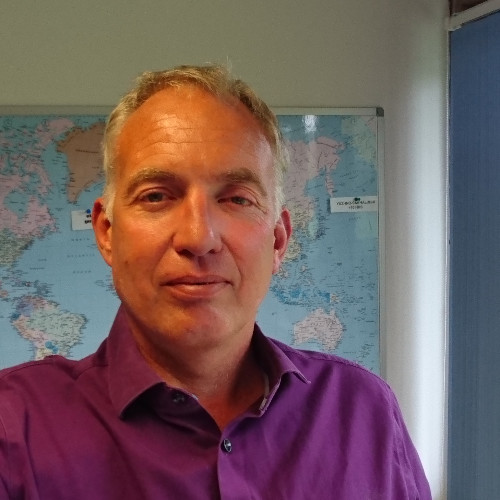 The Marine Geotechnics conference will consider the geotechnical aspects of nearshore and offshore site investigations. Our new  CompactRotoSonic XL-Duo rig, enables us to carry out both sonic drilling or Geobor-S drilling from Sandpiper, our C-5 jack-up platform, strengthening our nearshore marine services capability.

The has a dual drill head, enabling it to switch between both techniques.

While compatible with mud or air flush, water can be used (and in some cases no flush at all), making the technique ideal for environmentally-sensitive sites.

Sonic drilling maintains the verticality of the borehole, enabling long and continuous samples to be taken. The rig is also fitted with a SPT hammer with a blow count meter on control panel.

Visit our nearshore marine services page to find out how we can help you gather high quality geotechnical and geoenvironmental data from your nearshore investigations. 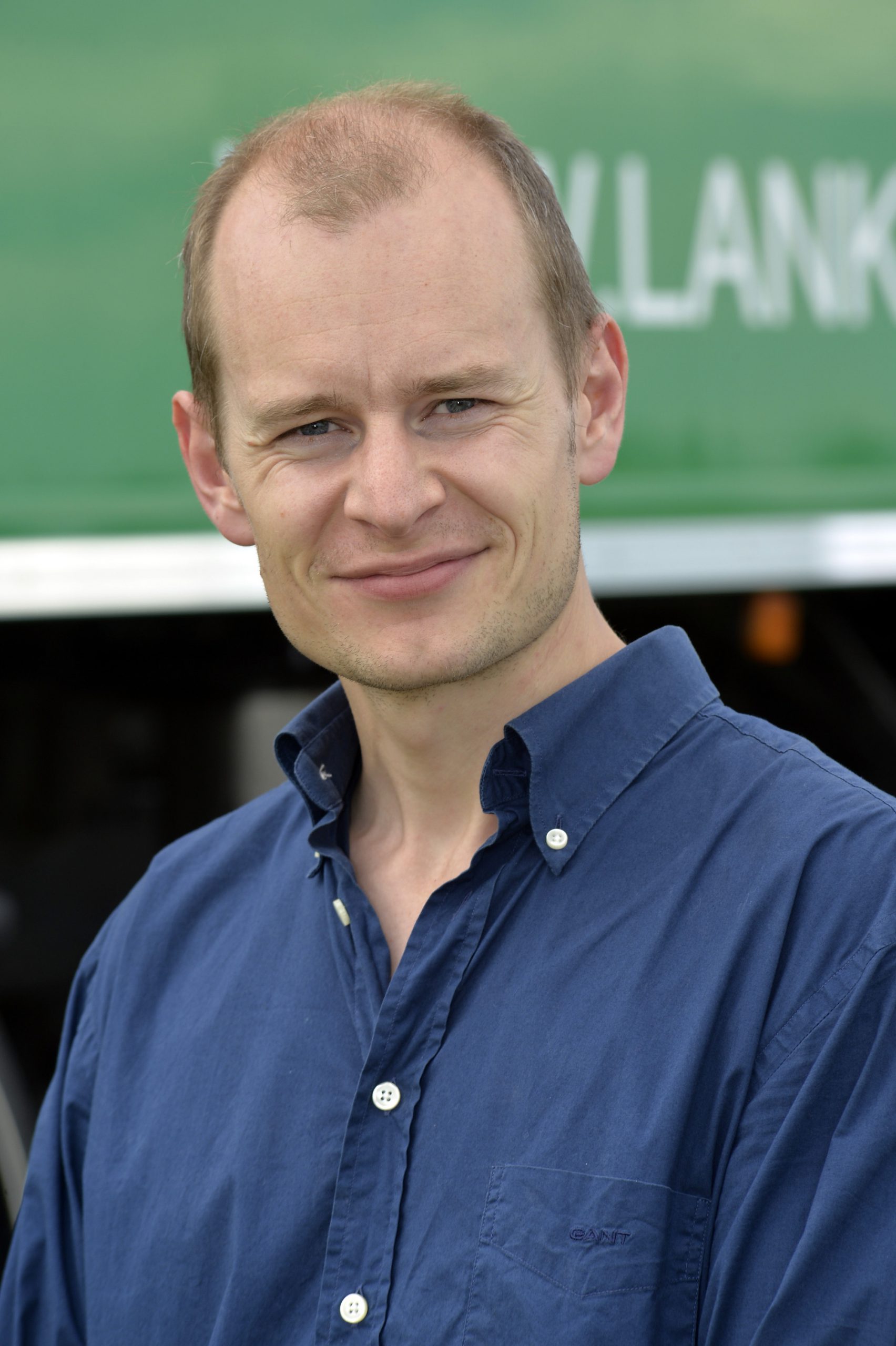 The Seismic Moveout method is a more accurate alternative to conventional downhole seismic testing, enabling elastic soil parameters at shallow depths (between ground level and 4m) to be derived, which has previously been very challenging and, in some cases, impossible.

Small strain shear modulus is essential to understand the static and dynamic properties of soils at low strains and can be used for calculating settlement and dynamic loading effects, such as those experienced by earth structures on railway networks.

The 15cm2 seismic cone comprises a piezocone unit with a seismic receiver above, which is pushed into the ground and stopped at 1m intervals to measure shear wave velocity and build-up a small strain stiffness profile.

The cone has an accelerometer-based receiver, rather than a more conventional geophone system. This has a higher sensitivity, with a larger frequency response and less P-wave noise interference than a geophone system, delivering better quality data and to considerably greater depths. Higher data quality ultimately means that interpretations are far more accurate, which in turn means design can be improved.

It is common during conventional downhole seismic testing to minimise the distance between the source and the receiver. This minimises the refraction of inclined shear wave paths, which means analysis can assume a straight travel path. Conversely, the Seismic Moveout method aims to maximise the distance between the source and the receiver, accounting for refraction in the calculation of the travel path, using a simple algorithm in Baziw, E (2002), Derivation of seismic cone interval velocities utilizing forward modeling and the Downhill Simplex Method”, Can. Geotech. J., 39(5), pp.1181-1192.

The larger distance between the source and the receiver reduces the influence of arrival time uncertainty, by lengthening the travel path and travel time in shallow layers. Near-field noise caused by the acoustic wave close to the source is also reduced, as is ‘rod string noise’ generated by the transmission of elastic waves through the CPT rods.

The method is equally well-suited to nearshore seismic testing from a jack-up platform, where flexibility in the source positioning – such as using an underwater hammer – can vastly improve set-up efficiency.

As a result, the method delivers more accurate shear wave velocities and enables elastic soil parameters to be derived at shallow depths. It also gives more flexibility on sites with difficult access, as the source can be located away from the rig and to the front or rear of a CPT truck.

We have used the Seismic Moveout method, together with a newly developed constant energy seismic source hammer, on a number of projects, to obtain highly repeatable source waves for analysis and calculation of seismic damping parameters, which are often critical at shallow depths.

Seismic cone testing is suitable for investigating a wide range of environments. This versatility, together with improved data quality, means it is a great addition to the site investigation contractor’s armoury.

We are always looking at new ways to help clients and partners, so please get in touch if you want to discuss how we can work together to share ideas and develop solutions to your geotechnical challenges. 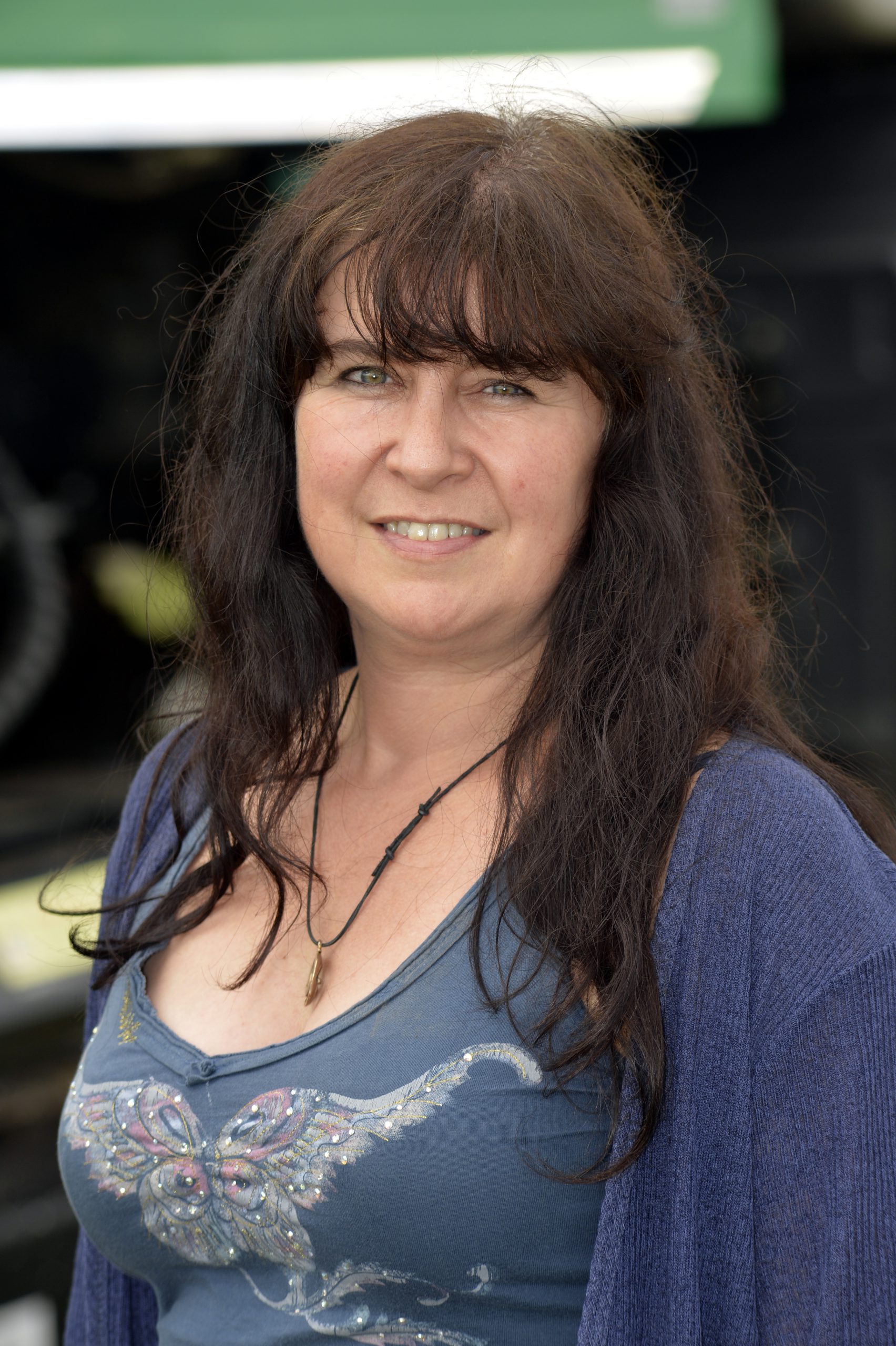 The reasons are clear: top-push equipment, methodology and the data produced are familiar to engineers, operatives and clients and it is relatively simple matter to adapt the approach for overwater investigations. However, downhole CPT systems can deliver data to a high quality similar to that obtained by top-push and, in some cases, at double the production rate.

Traditionally, nearshore investigations involve drilling a conventional borehole to take samples and SPTs, with a CPT carried out within a metre or so of each borehole location. Multi-purpose downhole tools mean testing and sampling can be carried out in the same borehole, allowing SPTs to be replaced by the more accurate and detailed CPT. If required, the CPT data can be converted back to a SPT n value, although it should be noted that CPT data can be used directly in design.

Overall, this means downhole systems are far quicker than top-push in deep boreholes (more than 30m), with production rates of up to 40m a day – double that of top-push – and show a marked improvement over top-push in being able to cope with harder, more variable geology. So, while technique is perhaps more expensive, the additional costs are far outweighed by the savings achieved in shortening investigation programmes.

Suitable for both offshore and nearshore investigations, it operates using a specially-designed 15m high derrick and can be disassembled to fit inside a standard 40ft (12.2m) shipping container.

Click on the photo below to watch a short film of the system on our Sandpiper jack-up platform being readied for deployment on a recent project. A major challenge when carrying out CPT over water is that marine sedimentary sequences, in particular, tend to comprise very soft alluvium overlying highly variable materials of differing strength, including rock strata.

The upper soft material does not give sufficient lateral support to prevent rods bending in a top-push system. If a hard layer is encountered, then the entire drill string needs to be withdrawn and the supporting casing advanced by drilling before running the CPT rods back to the base of the hole. This is particularly time consuming at greater depths. Top-push CPT also often requires the installation of two sets of casing through the water to the sea, river or lake bed to ensure that the rods are not affected by water flow. On the other hand, as downhole systems are deployed through a single drill string, set-up times are significantly reduced. The tool is simply lowered into the borehole via an umbilical cable (including data exchange cabling) with an electrical constant tension winch and carries out the test. And, if hard layers are encountered, the tool can be withdrawn quickly to allow drilling or coring.

The entire operation is controlled from topside and, as with top push CPT, viewable in real time on deck by the engineer.

The ability to withdraw the downhole tool quickly minimises downtime in the event of a breakdown and makes it easier to check, maintain and replace CPT cones, improving data quality. In fact, data quality in downhole systems is comparable to top-push. Even though the test is not continuous, tests can overlap to gather continuous data for the entire investigation depth.

Lankelma has used the Wison-APB downhole CPT on a number of projects around the world and has achieved average metreage rates up to 50% higher than top-push CPT on boreholes more than 40m deep.

Currently we are carrying out investigations for a proposed undersea project in northern Europe, where 23 combined sampling and CPT boreholes up to 40m deep are being drilled in water depths of 16m. Every CPT is over-sampled, as well as after the push.

While clearly ground conditions, weather, equipment and operative performance all have an effect on production rates, the results of these investigations demonstrate that, given the right conditions, downhole CPT can achieve metreage rates nearly double those of top-push.

We are always looking at new ways to help clients and partners, so please get in touch if you want to discuss how we can work together to share ideas and develop solutions to your geotechnical challenges.